Consolidate your debt into one simple monthly payment without a loan, and gain financial stability with our debt consolidation program.

Get a Free Debt Consolidation Consultation

There is ZERO cost or obligation to you, and may improve your credit score over the duration of the program.

By clicking “Submit” I consent to receive calls and email message offers/information from Debt Reduction Services, Inc. using an autodialer/pre-recorded message at the number I provided. I understand that msg/data rates may apply and that my consent to such communications is not a requirement for purchase. If you would like to stop receiving text messages from DRS, simply reply to a received text with the word STOP.

We can help you end the stress of debt and escape the debt cycle for good.

Reduce your monthly payments up to 50% and pay off your debt faster.

We have already negotiated reduced interest rates with all major creditors and most regional and local lenders in order to assist you in repaying your debt sooner than you would be able to on your own. Often, we’re able to leverage our existing relationships to stop your late and over-limit fees, and even lower your required monthly payments. 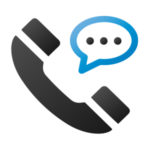 Talk to one of our certified debt consolidation counselors. 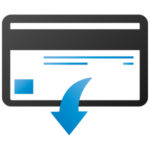 Our preset terms with creditors can get you lower interest rates and payments. 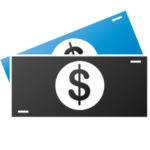 Make just one simple monthly payment to us and we’ll distribute it to your creditors for you.

Debt Relief for Residents of Virginia

Virginia is home to over 8.63 million people, ranking the state 12th in the nation for population. Since 2010, the state has seen a growth of over half a million people. Virginia’s population is mostly concentrated on the eastern border, with pockets of large cities housing over 100,000 people. Some cities like Virginia Beach are steadily growing towards half a million people. These largely populated areas are in stark contrast to some of the surrounding areas, with some cities such as Lexington only having less than 10,000 people.

This huge diversity in population distribution may contribute to the fairly average cost of living in Virginia. The expenses Virginians contend with highly depend on what city they call home. With this in mind, the average Virginian household in 2020 had about $4,653 of credit card debt. This ranks the state 3rd for most credit card debt in the nation. Credit card debt can be extremely difficult to pay off, especially if it’s paired with other loans such as car loans, student loan payments, and/or a mortgage. Everyday expenses and debt with collateral easily takes priority over credit card debt. Once you’ve fallen behind on payments, high interest rates quickly add to your debt.

Finding relief from snowballing debt is stressful enough on its own. If your credit score has suffered, you may find that your options for help are limited. Fortunately, there are avenues for debt relief that don’t rely on credit scores. If you, like so many others, have found yourself battling with debt, it may be time to consider getting help and finding a solution. No matter how you found yourself in dent, there are debt relief options at your disposal. As a non-profit credit counseling agency, we can help guide you towards a path to debt-free living.

Credit counseling is an opportunity to sit down with a certified third-party individual and comb through your finances. Your counselor may offer certain ways to revise your budget to avoid increasing your debt. They can also recommend debt relief programs that make the most sense for your finances. Having a complete picture of your finances is key to beginning your journey to debt-free living.

Paying Debt Off on Your Own

The short answer is yes, you can pay down your debt without outside help, but it will take diligence and self-discipline. This is most easily done with credit card debt. If you have multiple types of debt, this may not be the best option for you. You may want to consider getting credit counseling before deciding to go this route. A credit counseling agency can go through the following numbers with you and help decide which is the best option for you.

To start, you will need to take an in-depth look at your finances. Add up your total monthly expenses, including things such as rent, gas, groceries, and bills. This will help you see how much extra money you can comfortably put towards your credit card payments each month. Then, add up all of your minimum monthly payments and compare the number to how much you have left over from your total monthly expenses.

Your goal should be that the number left over from monthly expenses is larger than your minimum credit card payments combined, which you leave you with additional money to place towards your debts. If you find that the left-over number is smaller than your minimum credit card payments, you will need to cut back on the budget in certain areas, such as shopping for more affordable groceries or carpooling when possible.

There tend to be two methods of putting the excess money towards your credit card payments.

Typically, debt settlement is offered by for-profit companies. The strategies used can cause significant harm to your credit score, such as telling you to stop all payments until a settlement is reached. There is no guarantee that your debt will be entirely settled, and you could be left with a poor payment history on top of debt. Additionally, you pay a monthly fee on top of the portion the company takes out of the savings they get you.

Although this debt relief method is advertised as effective and inexpensive, this tends not to be the case. Research shows that companies who practice debt settlement on a client’s behalf are only successful 10% of the time.

If this method is successful, you pay thousands of dollars for the service, you reach some sort of settlement while your credit score gets dinged month after month, and after all the fees you still save money. If the service fails, you pay your monthly fee with no return, your credit score suffers, and you are still left in debt. Some creditors have chosen to sue over the money that was unpaid during debt settlement negotiations. 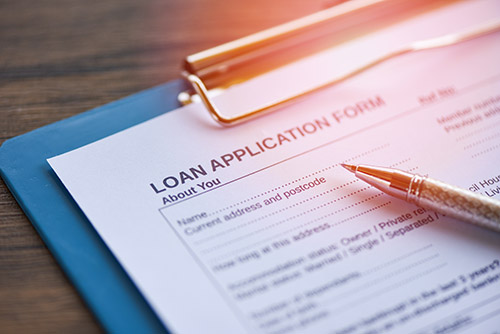 For this debt relief method, you apply for a separate loan that covers your debt. In order to receive the loan, you must meet the specific qualifications of your lender of choice. This typically includes a good credit score, so this option may not be available to you depending on your circumstances.

Even if you qualify, there is no guarantee that the loan will cover the entire amount of your debt. Depending on the qualifications and requirements of the lender, you could be subject to high interest rates and a longer repayment term. Credit counseling is most often not included in this option, so unless you seek it out prior to applying for the loan, you may not have the tools necessary to keep up with payments.  In the end, this solution can take far longer to pay off your debt and may not lead you to debt-free living.

Although bankruptcy is often described as a clean slate, this method of debt relief has long-lasting negative impacts, particularly on your credit score. Bankruptcy remains on your credit report for 7-10 years, affecting your everyday life. If this is coupled with poor spending habits, there is a high chance that you could find yourself filing for bankruptcy again in the future.

Bankruptcy should be treated as an absolute last resort, only considered after you’ve exhausted your other debt relief options.

Only offered by non-profit companies, a debt management plan combines your debts into a single, manageable monthly payment. First, an account will be created to keep track of all the balances owed to your current creditors. Your non-profit credit counseling agency will negotiate with creditors to reduce interest rates and settle on monthly payments that can work with your finances. Once these are set, the total is withdrawn from your bank account as one monthly payment. The credit counseling company will then disburse those funds to your creditors on your behalf.

When you’ve got more debt than you can keep up with, and you’re having a hard time making your monthly payments, a debt management plan can offer relief.

How does a debt relief program affect my credit?

It depends on what type of debt relief program you choose. While debt settlement often has negative impacts on your credit depending on the strategies used, a debt consolidation loan may not as long as you consistently pay back the loan.

Bankruptcy is a heavy hit on your credit for 7-10 years. Alternatively, a debt management program will help your credit score over time as your debt shrinks over time. With the tools given to you by the financial education, you should be able to continue to grow your credit score.

Is a debt management plan bad for my credit score?

Participating in a debt management plan (DMP) in order to consolidate your debt does not directly affect your credit score.

A temporary note may be made on your credit report by your current creditors. This simply informs other creditors of your attempt to repay your debt and discourages them from issuing you any new accounts, lines of credit, or loans that may detract from your efforts.

Once you have completed the DMP, this notation is required to be removed. In certain circumstances, when a client enrolls in the DMP and either they or their creditors’ close credit accounts, the client may see a short-term drop in credit score partly due to a change in the ratio of current balance to available credit limit. However, this dip is quickly recovered because of on-time payments which lower debt owed.

© 1997-2022 Debt Reduction Services. All Rights Reserved. | 501(c)(3) Nonprofit Credit Counseling Organization | Website by Click Sluice
We Do Not Lend Money | Being on the Program May Impact Your Credit.